I was a bit harsh on Penn Station.

Last week, I referred to its squalor when we arrived. Our departure was a bit better. I asked about an early morning taxi at the hotel. Our concierge said “they hang around hotels like flies in the morning. Get someone inside the cab and your bags on board before you tell them where you are going. They all hope for an airport ride. Don’t mention Penn Station until you are in!” A wise woman. In fact there was no problem.

We were at the station in plenty of time, though I suspect the surly Woman guarding the entrance to the Amtrak waiting room got there long before she woke up. In due course, a platform was announced, and we were able to board the train. We had indulged ourselves with business class seats on the Maple Leaf Express. Exactly on time and with no warning bells, whistles or shouts of  “all aboard”, the train began imperceptibly to glide away from the station. For a little while it plunged in and out of tunnels under Manhattan until at last it burst into open air. With it, I could feel the pressure of the city falling away.

Many places in the United States are scenically beautiful, but hereafter there will always be a special place in my memory for the Hudson River Valley. 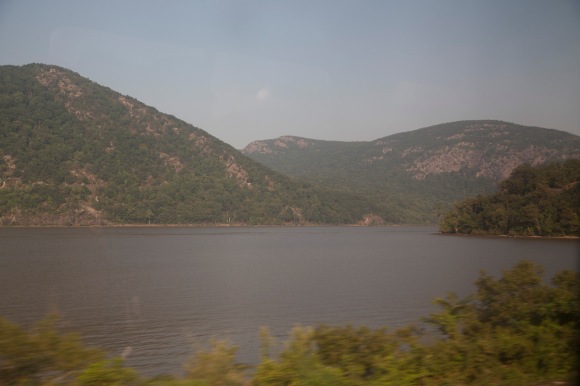 With none of the clickety-clack that used to go with train travel, we gathered speed and soon were racing along at a respectable 130 km/h (measured by the GPS app on my iPad). We stopped here and there, often at places whose names I knew, but had never previously visited. 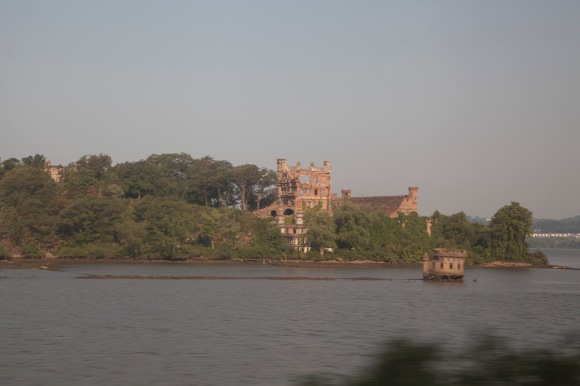 The journey between Manhattan and Albany was just magnificent, with a strange and wonderful mix of man-made wonders and glorious wetland. 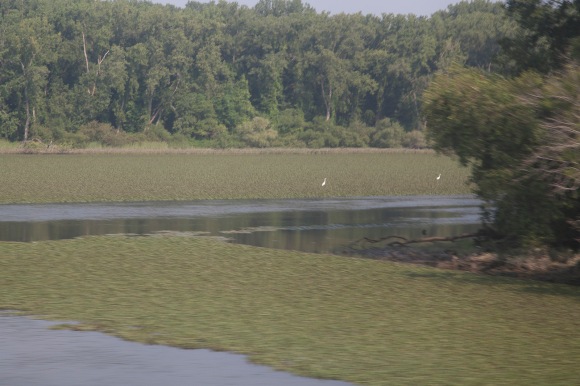 I suspect much of the things that delighted us were noxious invasive weeds adding colour to the scene.  As I observed in the Amtrak feedback web page, they would not need to spend so much on glossy brochures to attract tourists to see the wonderful landscape, if only they would clean the windows now and then. The grimy glass had a degrading effect on the images, but that’s all I have.

In the early afternoon, the train slowed markedly as it mingled with freight traffic for the same destinations.  We got there.There will be a hiatus for the next day or even two, as I shall be away from the computer.  I shall try to fill the gaps on my return.